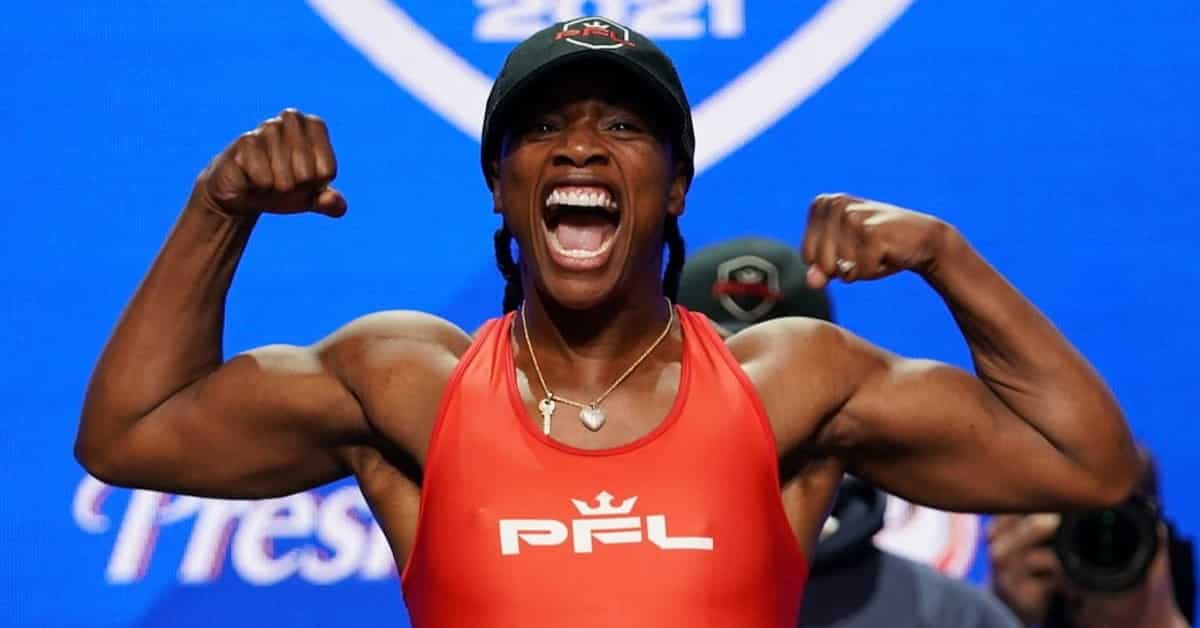 One of the greatest boxers in the history of boxing regardless of gender, Claressa Shields, has a lot to say in the aftermath of her earlier comments regarding if she’d ever consider being on the undercard of a Jake Paul fight.

It’s safe to say that is not an option for the boxer-turned MMA fighter.

Shields is scheduled to fight Abigail Montes at PFL 10 on Oct. 27th, in her second fight in the cage. She earned a come-from-behind win over Brittney Elkin at PFL 4 earlier this year.

Shields spoke with LowKickMMA’s Darnel Giovani about her career, but also elaborated on her earlier comments regarding Jake Paul. During a recent PFL press conference, Shields treated the idea of her fighting underneath a Paul bout as an insult to her prowess in the ring.

“I got an offer to be on Jake Paul’s undercard, and I turned it down,” Shields told LowKickMMA. “With all I am and what I represent, I would never do it. I hold value to where Jake Paul’s fans pay to watch him, but my fans pay to watch me. And when I’m not at the top of the bill, you’re not going to get your fair share of the pay-per-view buys. For some women in boxing though, that’s a big opportunity for them.”

“I’ve never been allowed to be at the top of a pay-per-view card when I’ve earned that right,” Shields continued. “Not to get my opportunity, and if I were to fight on the undercard of Jake Paul, it would be a f*cking slap in the face. Imma do it on my own, I don’t need him.”

Shields is known for her striking but got the chance to show off her development with her grappling in her debut win over Elkin. Paul continues to be one of the most polarizing personalities in combat sports and is expected to fight Tommy Fury in his next boxing outing.

Shields hasn’t eliminated the idea of returning to her roots in boxing in the future, and could potentially be given another offer to fight on a card featuring the Paul brothers. Whether or not she would ever consider that venture remains to be seen, but it sounds like she’s laser-focused on her development as a mixed martial artist.

What are your thoughts on Claressa Shields’ comments?

Brandon Moreno vs. Deiveson Figueiredo 3 pushed back to UFC 270

Brandon Moreno vs. Deiveson Figueiredo 3 pushed back to UFC 270