‘I Died Twice In That Ring’ 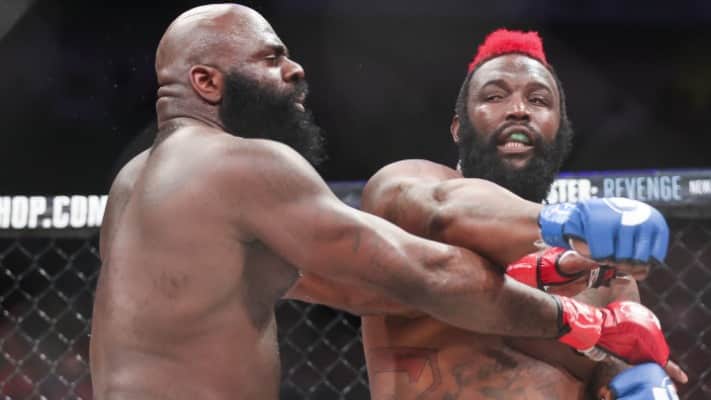 Dada 5000 has opened up about the aftermath of his fight against Kimbo Slice.

Dada 5000 and Slice met in the main event of Bellator 149. Given the street fighting background of both men and their supposed rivalry with one another, many were expecting a knock-em-down, drag-em-out war between the two. The reality could not have been any further from expectations.

In what has since been crowned one of the worst fights in MMA history, both men were visibly exhausted after the first 2 minutes. The rest of the first involved either slow, one punch exchanges or one fighter simply lying on top of the other. The bout was mercifully stopped in the third round when Slice was awarded the TKO.

Immediately afterwards, Dada 5000 was loaded onto a stretcher and rushed to a nearby hospital. It was later reported that he suffered a cardiac arrest during the fight.

Now, five years after the infamous bout, Dada 5000 spoke openly about what he went through after the fight in an interview with Jimmy Smith of Fight Nation.

“When I went down, my heart stopped, you know, a heart stops for five minutes. Then they brought me back. Then it stopped again for eight. So I had no heartbeat for 13 minutes, you know, and the hospital, you know, they was literally that ready to give up on me, but I was inside of a homeless stage, but I heard everything and, you know, I just love one fight to start another fight,” Dada 5000 said (h/t MiddleEasy.)

“So at that point I was fighting for my life. You know what I’m saying? And I refuse, I refuse to lay down, you know? And, uh, I broke through, you know, thanks to God, and my will to pull through. Everything shut down and my heart was the last one to go, but I just refused to stop fighting. I swung until I had nothing left, that fight could have went anyway, because I had him on the ground on all fours in one round, I just didn’t have it in me to finish it.”

The fight would serve as the last in both men’s careers. Dada 5000 would retire from the sport afterwards, while Slice would tragically pass away after suffering a heart attack of his own at age 42.